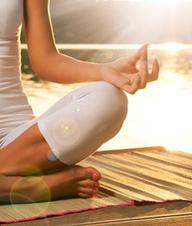 Argan oil has been used for many centuries in Morocco for culinary, therapeutic and cosmetic purposes. Edible virgin argan oil, extracted from the roasted fruit kernel of the Argania spinosa tree, has been distinguished for its high content of mono- and poly-unsaturated fatty acids, oleic acid and linoleic acid respectively, and for its vitamin E and polyphenol content. These ingredients provide a rich source of dietary unsaturated fatty acids, and therapeutically, can be used for the prevention of coronary artery disease, thrombosis, diabetes, and possibly cancer. The combination of unsaturated fatty acids and powerful antioxidants provide the best protection against atherosclerosis and high cholesterol.

Extracted from the roasted kernel of the Argania spinosa tree in Morocco. The fruit is sun-dried, carefully roasted, and the oil is extracted without any water to yield the highest-grade virgin oil. The oil is tested for fatty acid and sterol content, and has been tested to ensure no rancidity or oxidation, and is free of microbial content.

In a softgel made from gelatin, glycerin and purified water

Take two softgels daily or as directed by your health care provider.

Better results when taken with a full meal.

Store in a cool, dry place. Do not use if seal is broken.

Avoid taking prior or after surgical procedures as certain ingredients in this product may prolong bleeding time.

Argan oil is an excellent source of mono- and poly-unsaturated fatty acids for dietary and nutritional needs. It also contains high levels of vitamin E for added antioxidant support.


Argan oil may help reduce the risk of thrombosis, diabetes, and offer some protection in prostate cancer prevention.

Third party testing is performed on finished product to ensure Argan oil is free of heavy metals, solvents residues, pesticides and other impurities.

The argan tree (Argania spinosa) is endemic to South-western Morocco. Traditionally, the Amazigh women of the argan forest used the fruit kernels from the tree as a source of edible oil. Traditional uses for argan oil include topical applications for various ailments such as dry skin, psoriasis, eczema, joint pain and inflammation. Taken internally, argan oil is a choleretic, hepatoprotective and cardioprotective agent known to prevent high cholesterol and atherosclerosis. In Morocco, argan oil is common culinary oil that contributes to approximately 25% of daily fat intake. 1

Oil extraction, for maximal therapeutic benefit, is a multi-step process and first requires careful sun-drying of the fruit. Recent technology favors the large-scale production of virgin edible argan oil that has been carefully roasted to preserve nutritive properties. The therapeutic benefits of argan oil, and subsequent market demand, has contributed to sustainable development projects of the argan forest and cooperative exchanges with Moroccan women. 1 These initiatives are of particular importance, both socio-economically and ecologically, since the argan forest has been named a UNESCO Biosphere Reserve since 1998. The exchange has helped to reduce deforestation and replacement of slow-growing argan trees that play an important function by protecting the soil and slowing down desert progress in Northern Africa. 1Moroccan Life Products oil is imported from Morocco, providing the highest grade of edible virgin argan oil, formulated in an easy to take softgel.

A study (2005) compared both virgin argan oil (VAO) and extra virgin olive oil (EVO) in lowering blood lipid levels and other markers of cardiovascular disease, to a baseline stabilization period. Both VAO and EVO significantly increased high-density lipoprotein and apolipoprotein A-1 from baseline, however, only VAO significantly lowered triglyceride levels from baseline. This was the first study to demonstrate the triglyceride-lowering effect specific to argan oil.

It has been demonstrated that argan oil offers additional benefit as a nutritional supplement to lower the progression of atherosclerotic plaques. In the same way that other mono-unsaturated fatty acids moderate lipid levels, argan oil has been clinically proven to significantly increase plasma paraoxonase (PON1), an enzyme contained within high-density lipoprotein (HDL) cholesterol, in a human study involving men who consumed butter for two weeks before receiving either argan oil or olive oil as intervention. 7 Results of the study also showed an increase in plasma vitamin E, and a decrease in lipoperoxide and conjugated diene formation compared to baseline in men consuming argan oil. These results demonstrate that argan oil is a key player for the prevention of atherosclerotic plaques by increasing HDL and serving as a potent antioxidant.

A study (2004) investigated the effects of argan oil consumption on several markers for cardiovascular disease in healthy subjects who were regular consumers (n=62) versus non-consumers (n=36) of argan oil. Subjects consuming argan oil had statistically significant lower levels of plasma low-density lipoprotein (LDL) cholesterol (by 12.7%) and lipoprotein-(a) (by 25.3%) compared to non-consumers. In addition, plasma lipoperoxides were statistically lower (by 58.3%), and molar ratio alpha-tocopherol/total cholesterol and alpha-tocopherol concentrations were statistically higher (by 21.6 and 13.4% respectively) compared with the non-consumers group. This study suggests the potential for argan oil as central prevention of coronary artery disease.

Another study found that virgin argan oil provides a source of dietary phenolic antioxidants, which have shown in vitro to inhibit low-density lipoprotein (LDL) oxidation and enhance reverse cholesterol transport. Vitamin E, as tocopherols, is the antioxidant preferentially taken up by LDL to prevent peroxidation. These properties combined increase the anti-atherogenic potential of HDL.

In animal studies, argan oil has been found to lower systolic blood pressure and improve endothelial function in hypertensive rats. It has also been shown both in vitro and in vivo in rats to inhibit platelet aggregation. The mechanism is probably due to the action of argan oil on the common step of aggregation: attachment of fibrinogen to GpIIb/IIIa platelet receptors, without affecting platelet adhesiveness to the vascular endothelium. Based on these studies, argan oil may also help to minimize the risk of thrombosis in heart disease.

In vitro studies have demonstrated that the polyphenol and sterol components of argan oil exhibit cytotoxicity and anti-proliferation against human prostate cancer cell lines. Another in vitro study has shown potential anti-proliferation effects by inhibiting the activation of the extracellular regulated kinase (ERK1/2).

Long-chain fatty acid digestion occurs primarily in the small intestine with the release of bile salts. Bile salts break down fat into small water soluble micelles. Pancreatic lipase breaks down the micelles at the brush border of the intestine for absorption. Free fatty acids cross the intestinal epithelium and are taken up by chylomicrons, where they travel through the lymphatic system to the thoracic duct, where they enter into circulation. Fatty acids undergo β-oxidation in the liver to generate cellular energy. Fatty acids can be utilized as fuel by all tissues in the body except the brain, red blood cells, skin, and renal medulla.